Geeta and her husband’s weeding was conducted by her family in a village of Uttar Pradesh (where the husband’s family lives). In search of better livelihood prospects the couple migrated to Delhi. Her husband however could not hold down a regular job and he also turned out to be a spendthrift, alcoholic, and a womaniser. Unable to pay the rent of their house for 4-5 months in a row, the husband ran away from the rented house and disappeared for a while.
This matter was reported to CSI’s Gender Resource Center. Their paralegal team arranged for a mediation session with the resolution of the husband agreeing to live with the wife and paying maintenance for the household expenses. The husband came back, however it did not take too long before he started regularly “disappearing” again. 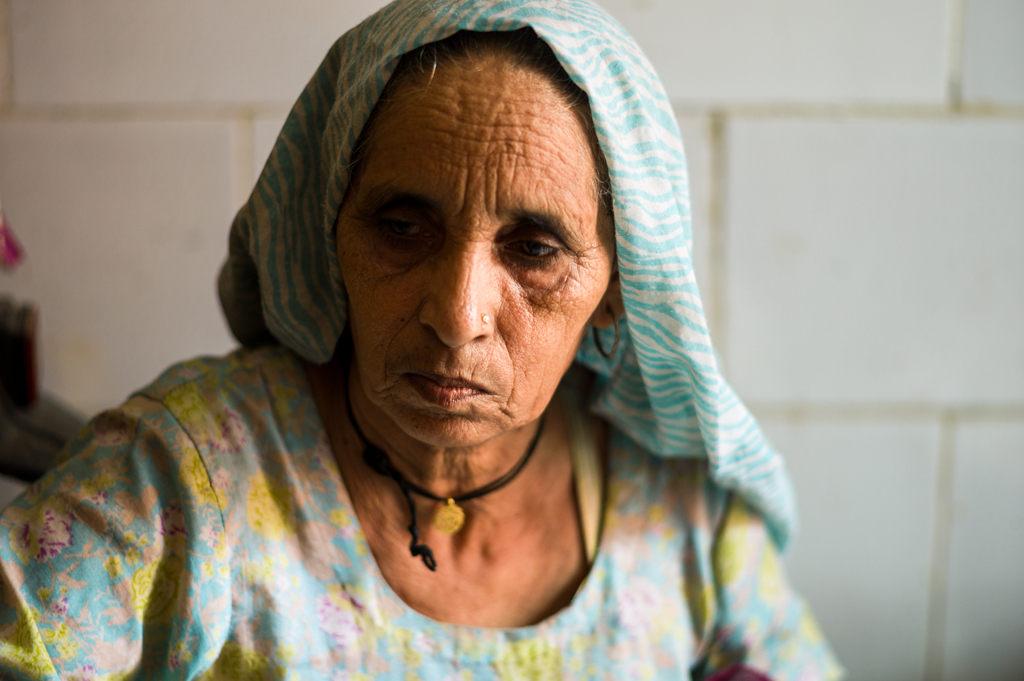 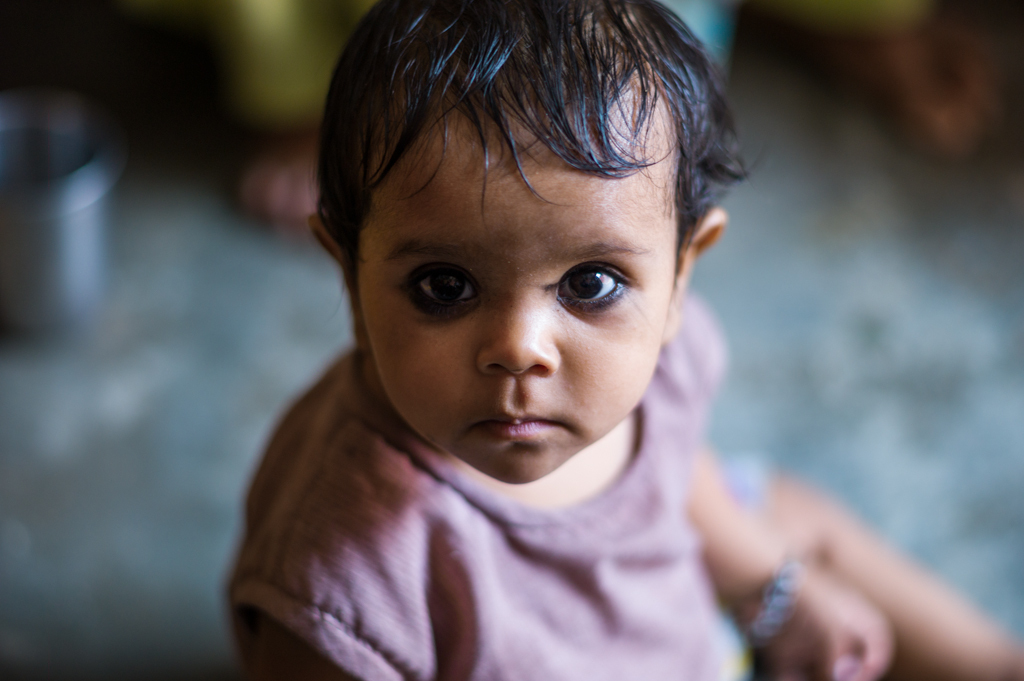 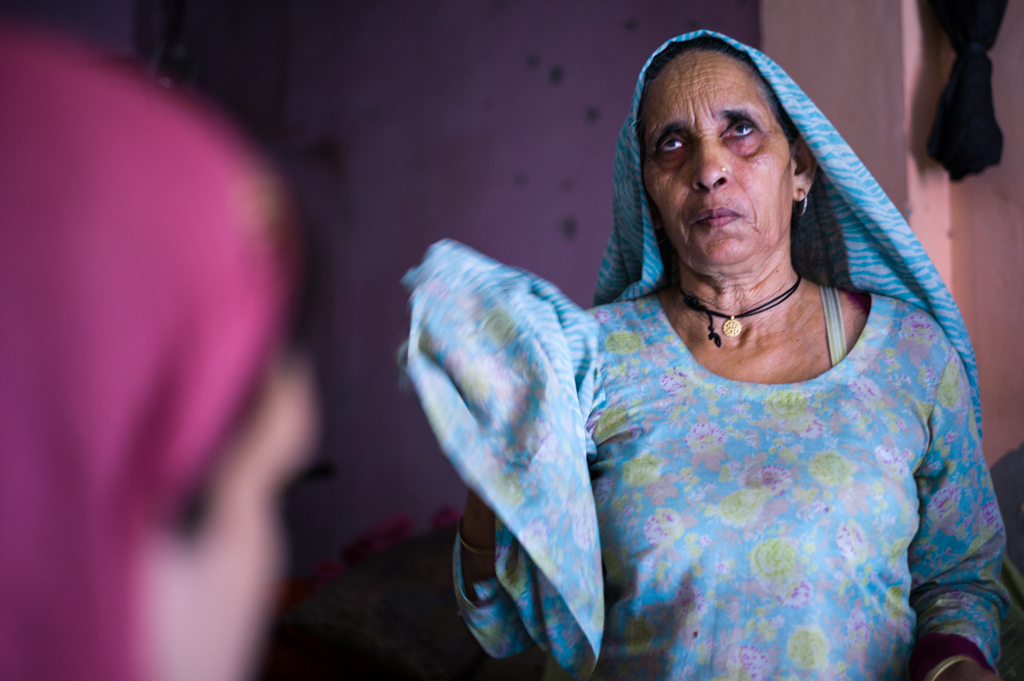 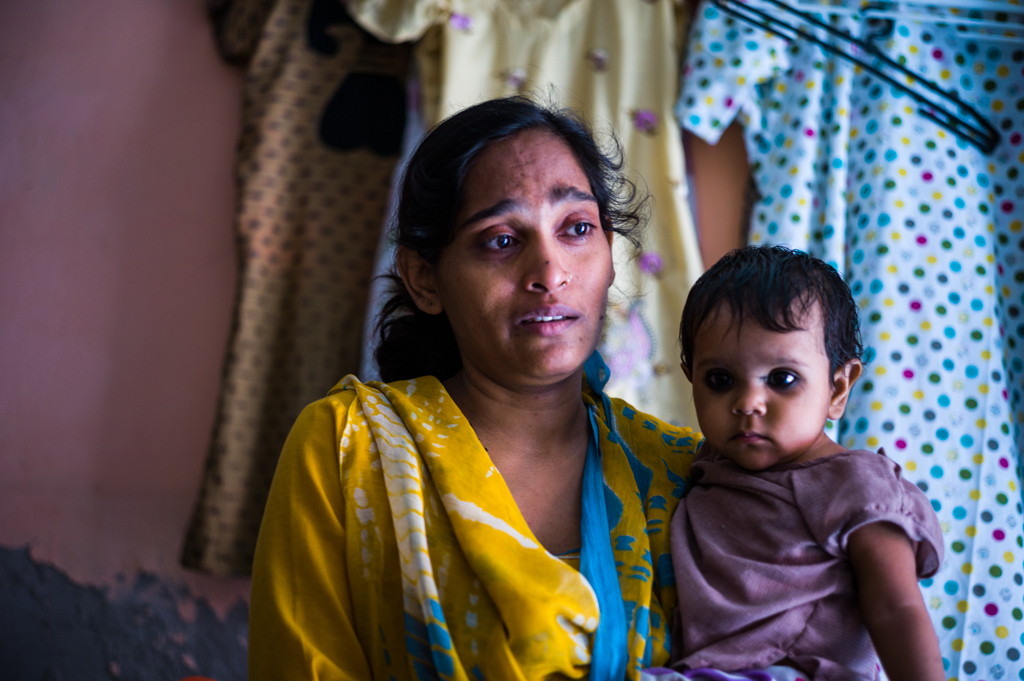 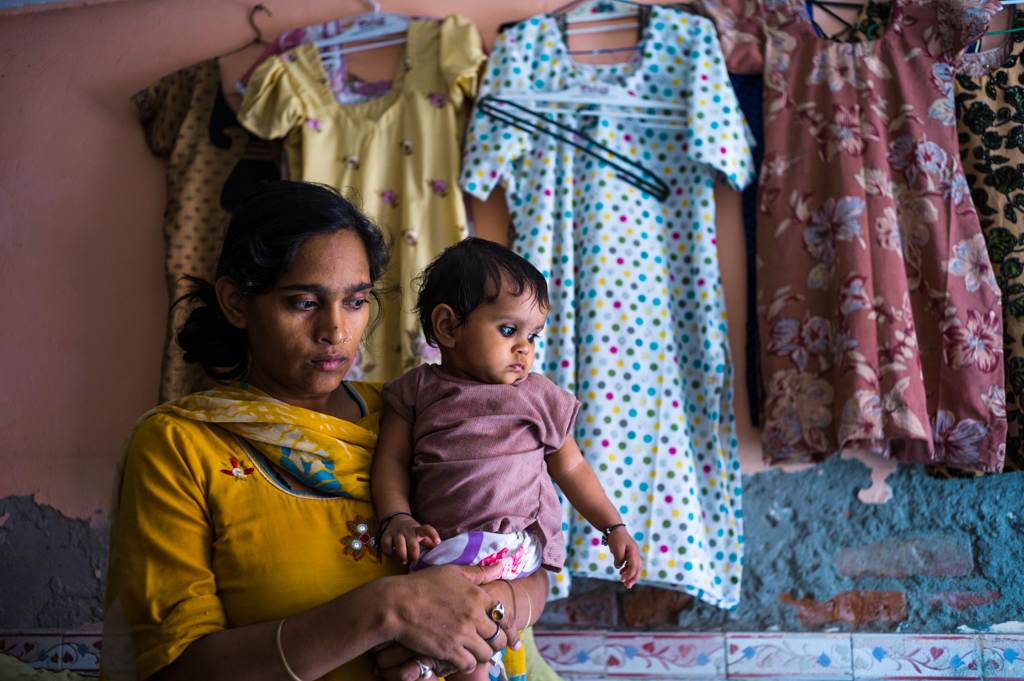 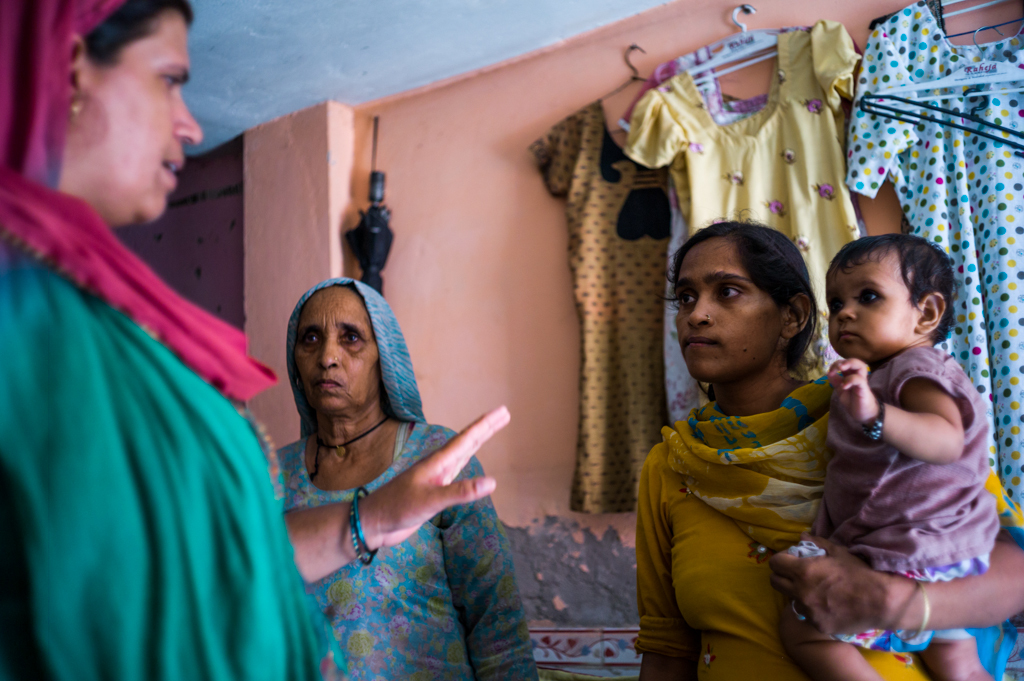 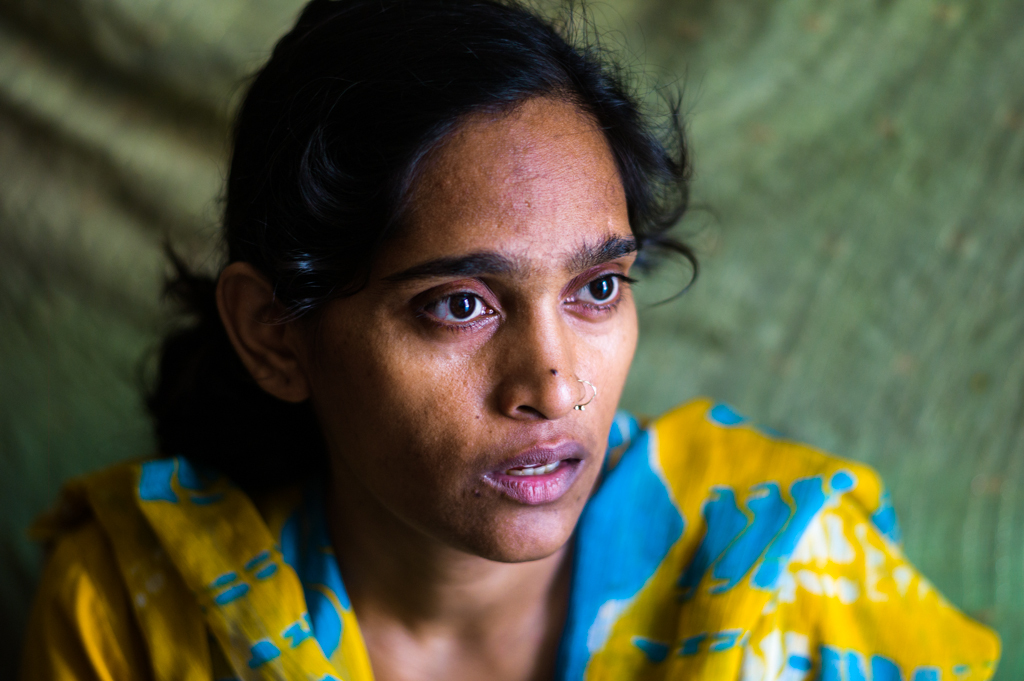 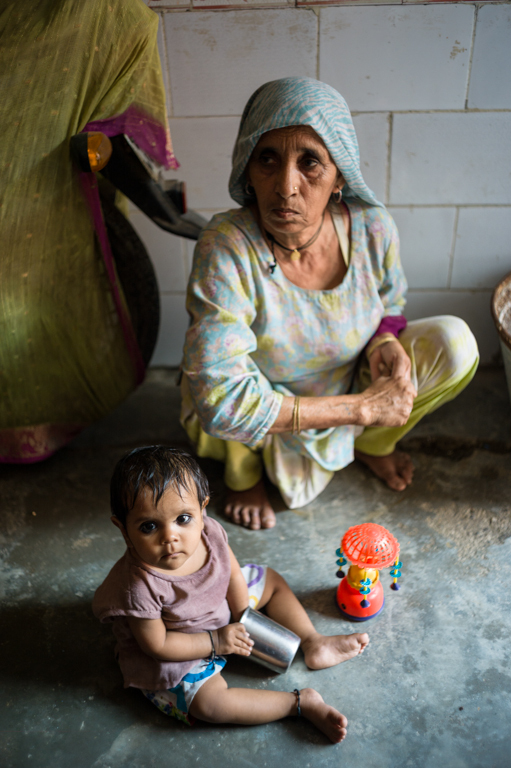 Additionally, Geeta’s in-laws filed a complaint in their local family court in UP (Uttar Pradesh) that claimed that Geeta had left the house of her husband and in-laws, that she no longer wanted to live with them, and she had stolen some articles from their house. The court sought her reply. Geeta then went to UP to attend the proceedings and presented her side of the story: that she was pregnant and that her in-laws were troubling her. The court favoured her.

The CSI GRC arranged two additional mediation sessions for the couple and has also called her in-laws. Devaki feels that everything becomes normal when they intervene, but this is temporary. Some weeks after mediation, the husband and in-laws return to their previous position against Geeta. She thinks there are two reasons for that: one, Geeta’s husband is the one who runs away from his responsibilities and two, her in-laws are playing foul.

Now the matter is sub judice, in a Delhi family court, and GRC is helping her with the facilitation of a lawyer.

Categories: Gallery, TravelTags: Child Survival India, India, New Delhi
We use cookies on our website to give you the most relevant experience by remembering your preferences and repeat visits. By clicking “Accept”, you consent to the use of ALL the cookies.
Cookie settingsACCEPT
Manage consent

This website uses cookies to improve your experience while you navigate through the website. Out of these, the cookies that are categorized as necessary are stored on your browser as they are essential for the working of basic functionalities of the website. We also use third-party cookies that help us analyze and understand how you use this website. These cookies will be stored in your browser only with your consent. You also have the option to opt-out of these cookies. But opting out of some of these cookies may affect your browsing experience.
Necessary Always Enabled
Necessary cookies are absolutely essential for the website to function properly. These cookies ensure basic functionalities and security features of the website, anonymously.
Functional
Functional cookies help to perform certain functionalities like sharing the content of the website on social media platforms, collect feedbacks, and other third-party features.
Performance
Performance cookies are used to understand and analyze the key performance indexes of the website which helps in delivering a better user experience for the visitors.
Analytics
Analytical cookies are used to understand how visitors interact with the website. These cookies help provide information on metrics the number of visitors, bounce rate, traffic source, etc.
Advertisement
Advertisement cookies are used to provide visitors with relevant ads and marketing campaigns. These cookies track visitors across websites and collect information to provide customized ads.
Others
Other uncategorized cookies are those that are being analyzed and have not been classified into a category as yet.
SAVE & ACCEPT