Savita (CSI Community Mobiliser) and Devaki (GRC Director) are facilitating a rather interesting microfinancing project in the slum called a Self Help Group (SHG) or Stree Shakti Suvidha Kendra (in Hindi). This is a program whereby they help the women in the slum to have access to a line of credit.

It works as follows: each month, every participant in this SHG puts in a nominal amount into the SHG savings pool (i.e. 100 rupees each). When they need a loan, they can ask for a loan at the SHG meeting (e.g. a minimum of 5000 rupees, at 1% a month, or 12% a year). They then pay this back at subsequent SHG meetings.

These women cannot open a bank account on their own because they do not have enough money for the initial deposit. The banks are also not easily accessible, as there are not any branches in the slum. In addition to this, if they did have an account, they would not have access to credit as they do not have a sufficient credit rating. Their only line of credit would be the money lender in the slum, who charges 5% a month interest (60% a year).

At this point it is also important to point out that interest paid on a SHG loan goes back to the members of the SHG (rather than a bank, or a money lender). Also, the shame of not paying a loan back in front of the others of the SHG means that they are very unlikely to default on their loan. CSI puts their principle amount into a bank to then gain additional interest on their principal amount. This results in a win-win scenario for them.

This SHG has 19 members and has been running for 27 months: resulting in a principal total of 51000 rupees. I then asked some questions to see how this works in practice.

Pak: “So, what do you do with the loans?”
SHG: “We use it to pay for the marriage of our daughters, buy goods in bulk for self employment, or just to handle rainy day scenarios. It is very useful.”
Pak: “51000 rupees, that’s a lot of money. Have you considered any larger projects instead of just personal loans?”
SHG: (collective silence / wide eyes).

They hadn’t even considered that collectively they had 51000 rupees. They were somewhat shocked when they realized what the question implied and what they had collectively achieved. They had created the potential for future opportunities they had never before considered.

At this point, Savita and Devaki as facilitators stepped in to help out and suggested some ideas: training and machinery, etc. They talked about this for about 10 minutes as they explored ideas I think they would not have considered alone. It was one of the most wonderful things to see that the SHG had opened doors for them that were previously shut.

Pak: “So how about a shop? Why not start something commercial?”
SHG: “No, no, no. The men will come home from work, get drunk, and then beat us up at night. Who will protect us?”

There was no shaking of heads, it was just stated like it was so obvious I was really stupid for not taking this into consideration. I asked Divesh, “Is that really true? They would get beaten up at night by the men?” He replied, “Sadly, it’s unfortunately very true. It would not be safe.”

Stories from the women in the SHG: 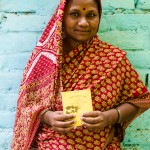 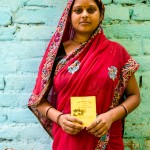 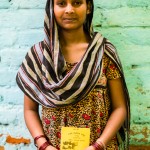 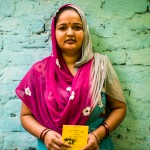